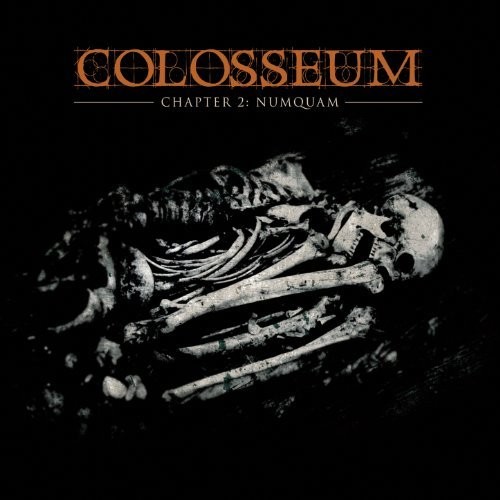 Here we have a great funeral doom album in the majestic style popularized by Shape of Despair; this is the second full length record by the now defunct Colosseum, coming out of Finland. It was with great shock that the scene received word that the main man behind Colosseum and Yearning, Juhani Palomäki, had died. Now let me cut to the chase and get on to the review. - Colosseum plays a very symphonic style of funeral doom, complete with keys, trumpet, flute, violin, cello, and acoustic guitars. While melodic, the band focuses far more on atmospherics than poignancy, especially when compared to bands such as Skepticism. As such I would consider Colosseum to be a little more ambient than Skepticism and Shape of Despair, but not quite as out there as say, Until Death Overtakes Me, and in that way the band fits right into the Finnish funeral doom scene in general. Some have mentioned that the guest musicians seem too buried in the mix, but this band functions almost like a symphony orchestra, each instrument blending together to form a whole. Even the vocals and guitars are lower in the mix than the average extreme doom album. The atmosphere on this record is great, dark, sad, and majestic as hell. Let me also note that this album is better played loud, the instruments flooding your ears. - This record has received a lot of bad press in the doom community and I'm writing this to contest and disagree with those opinions. Popular conception of this record is that it was too similar to the first album, which to me is ridiculous. This is funeral doom, this is not a pop record, it is meant to have that ambient feel which washes over you. I dare the reader to meditate to this or any of their other records. Now it may be true that Colosseum became the Motorhead of the funeral scene, but either way I just don't care. No, this album isn't too different than the first or third albums. What we have here is still a quality record with great artwork and atmosphere. I feel confused listening to the complaining that is adherent to some parts of the metal scene, and my advice is get positive and support art, not scene politics. While this album isn't as "classic" as the first album, it is just as good. Janne Rämö Bass, Sameli Köykkä Drums, Olli Haaranen Guitars, Programming, Juhani Palomäki (R.I.P. 2010) Vocals, Guitars (acoustic), Guitars, Keyboards, Lyrics, Songwriting
This website uses cookies to personalize content and analyse traffic in order to offer you a better experience.
I accept Learn More
back to top