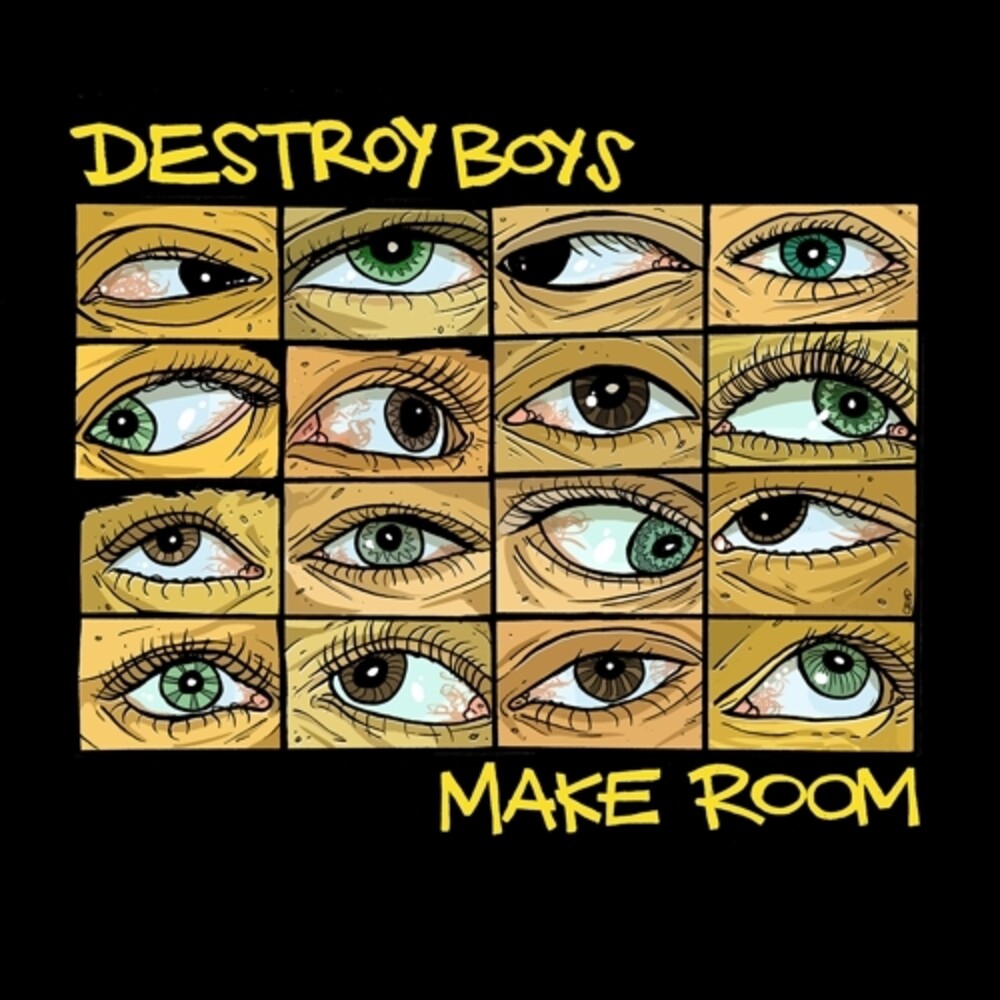 Destroy Boys is an Oakland-based, female-fronted, melodic punk band founded in 2015. Make Room showcases the duo's growth as songwriters and musicians with VI Mayugba's driving sonic guitar creating a raw, gritty canvas for Alexia Roditis's ethereal, haunting, and sometimes comical vocals. A raucously introspective road trip to early adulthood, with the feeling of a cross between Blondie and Tragic Kingdom-era No Doubt. Destroy Boys are the perfect soundtrack for slaying the patriarchy or going skating with friends. They recently completed a tour with Mannequin Pussy (Epitaph Records) in September and are slated to head out with Face to Face and Lagwagon in late October.