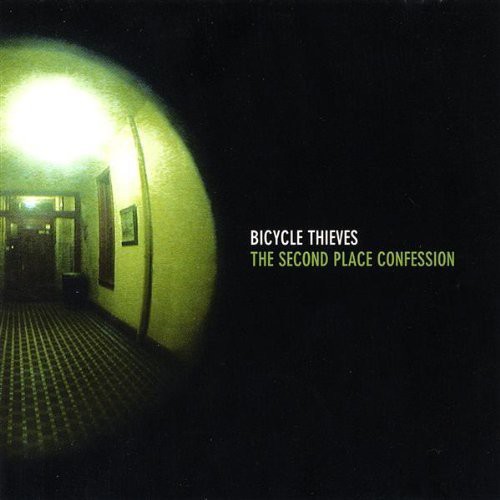 Mark Jenkins of The Washington Post says: 'The Thieves possess something that many of their stylistic peers lack: songs. Jon Kaplan, the band's singer-composer, knows how to pin a phrase to a shiny hook and sling it skyward...Kaplan's songcraft is no small attraction' For the recording of their new EP, The Second Place Confession, Washington, DC's Bicycle Thieves assembled an all-star cast to help. Produced by Chris Keup (River, Jason Mraz) and Stewart Myers (Agents of Good Roots), the disc was recorded at Dragonfly studios, where Jason Mraz recorded his newest release. The disc also features one track recorded with Jack Johnson at his studio in Hawaii. Fred Kevorkian, widely known for his work on the latest White Stripes releases, mastered the disc at Absolute Audio in New York City. Bicycle Thieves have already started to get radio play on Washington stations like DC101 and were recently chosen to play two sets (one acoustic, one electric) at the 2003 HFStival, the legendary annual concert at RFK Stadium, sponsored by one of the biggest Alternative rock stations in the country, WHFS. Eric Brace of The Washington Post has praised the band's 'smart, rocking pop songs' and the band has been garnering more awards and coveted performance slots in the DC area every year. This past summer's list of shows included a slot at the Fort Reno concert series, which helped launched the careers of indie and punk bands like Dismemberment Plan. Lead singer Jon Kaplan has won the Washington Area Music Awards (Wammies) for Best Alternative Rock vocalist two years in a row and the band was awarded Best Alternative Rock Duo/Group in 2002; they've been nominated for eight Wammies this year. The band has also had music licensed to MTV's 'The Real World'.