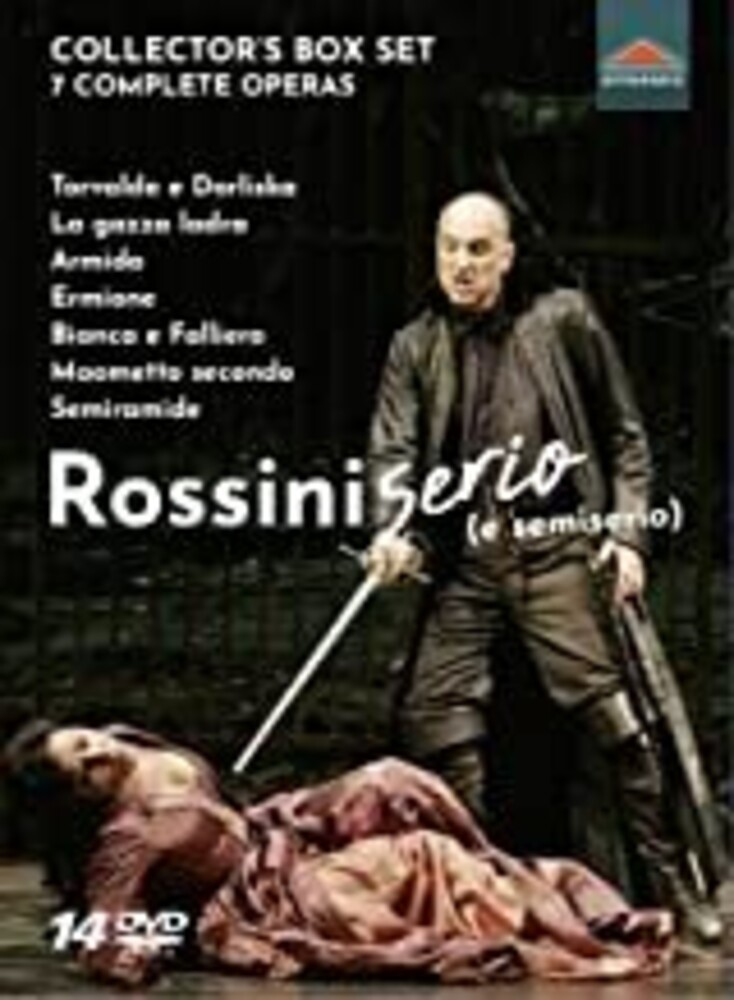 The first misconception that the Rossini Renaissance has gradually corrected is that Rossini was only able to excel in the comic genre. Rossini's serious operas, as a matter of fact, are not only overall of high artistic quality but also quite original. Indeed, they had a huge influence on the Italian Romantic output of Donizetti, Bellini, Pacini, Mercadante and of the first Verdi. We could go as far as to say that Rossini was not merely an Italian phenomenon but a European one, whose arrival had the explosive effect of a bomb sweeping away centuries-old conventions and manners of speaking and introducing, in their place, a series of new codes and attitudes which all 19th-century opera drew upon; also and perhaps especially in the serious genre. This collector's release offers an interesting selection of Rossini's main opera seria (and semiseria, with reference to La Gazza Ladra) played by great interpreters, conductors and directors, live recorded in prestigious venues such as Rossini Opera Festival (ROF) with the philological approach granted by Fondazione Rossini of Pesaro. Such titles as Torvaldo e Dorliska, Ermione, Bianca e Falliero are less knowns works as well.