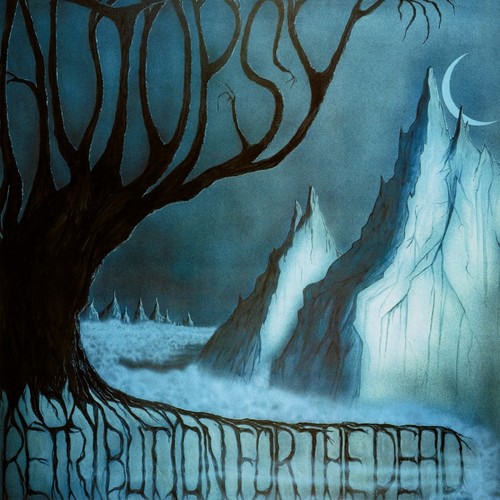 'Retribution for the Dead' was originally released back in 1991 & was Autopsy's first EP, sandwiched in between their all-time death metal classic albums, 'Severed Survival' & 'Mental Funeral'. With the core trio of Chris Reifert, Eric Cutler & Danny Coralles joined by Steve Cutler on bass, Autopsy delivered another rotten dose of punishing and deranged death metal. 'Retribution for the Dead' notably includes earlier versions of the tracks 'In the Grip of Winter' and 'Destined to Fester', which were then to appear in re-recorded form on the band's second LP, 'Mental Funeral'. Autopsy formed in 1987 and features legendary drummer Chris Reifert, who began his recording career with US metal greats, Death, before taking on the unusual duty of handling drums & vocals for Autopsy, alongside longstanding riff-masters Eric Cutler & Danny Coralles. Autopsy originally disbanded in the mid 90's following their fourth album, the tastefully titled 'Shitfun', (going on to form sickadelic deathsters, Abscess) before returning from the grave in the late 2000's. They have successfully spread the sickness far and wide to global audiences since, whilst continuing to inspire a whole generation of metal bands, having been no strangers to controversy themselves along the way for pushing the boundaries of extremity. This edition of 'Retribution for the Dead' is presented on standalone vinyl for the first time since it's initial release in 1991 & contains the original sleeve artwork.