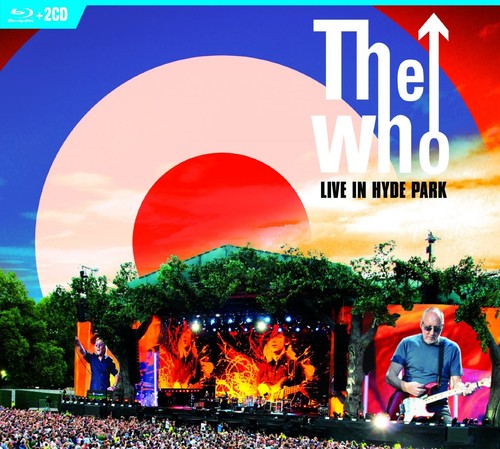 Live In Hyde Park [CD/BR]
Artist: The Who
Format: CD
New: Not in stock
Wish

Two CD + Blu-Ray edition. 2015 live release from the British rock legends. One of the greatest live bands of all time, The Who played London's iconic Hyde Park in 2015 with very special guests Paul Weller, Kaiser Chiefs, Johnny Marr and others. Filmed on June 26th this year as The Who celebrated their fiftieth anniversary, this stunning show from London's famous Hyde Park is a triumphant return to their home city. On a glorious summer evening the band delivered a brilliant performance of all their greatest hits in front of a 50,000 strong crowd. With a series of stunning backdrops making full use of the huge screens surrounding the stage and an exceptional light show this is a Who concert on a grand scale but as Pete Townshend says at the start of the show, "You're a long way away...but we will reach you!". He's absolutely true to his word. The Seeker is a bonus track on the DVD/BLU-RAY