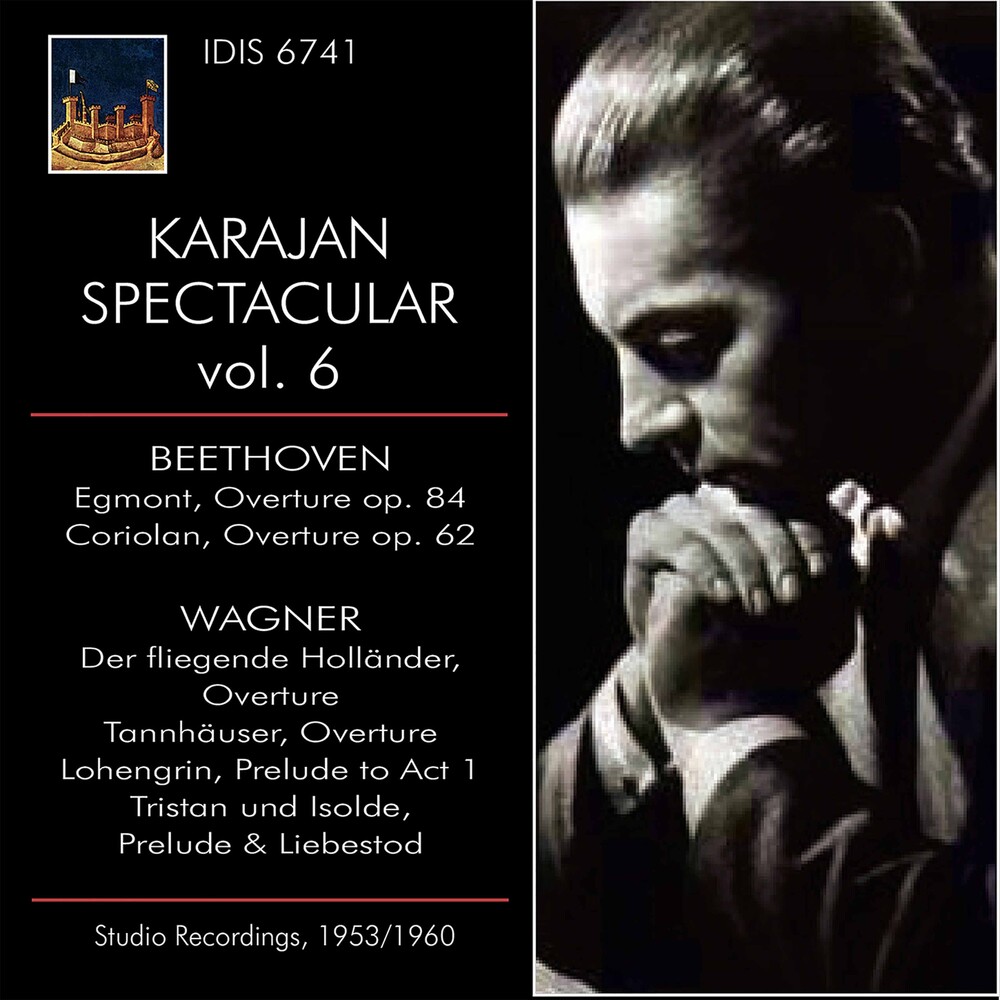 IDIS continues in it's mission of reviving some of the most extraordinary Karajan recordings made during the Fifties and Sixties with this Karajan Spectacular VI volume. This album presents some extraordinary Beethoven and Wagner works of which Karajan has been an insurmountable interpreter, becoming obligatory point of reference for the two composers' discography. Beethoven Symphony Overtures recorded by Karajan with D.G. during the Sixties were one of the milestones of their discography; but in the Fifties the great conductor created with EMI records an incredible series with the legendary Philharmonia Orchestra. During the Sixties Wagner's recordings with the Berliner Philarmoniker were no less valid and culminated with the incredible Tetralogy; after Wagner's rhetorical and heavy interpretation during the Nazi period, Karajan's performance and interpretation has been rightly received as a complete rediscovery of a composer used only for propaganda purposes. This is a real do not miss album recorded in high quality.