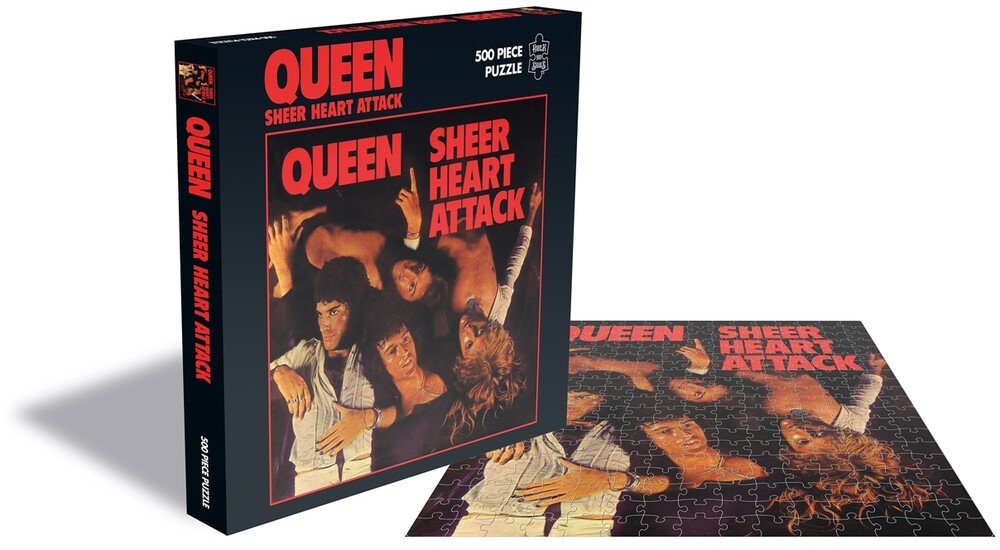 Released on 8th November 1974, "Sheer Heart Attack" is the third studio album by the British rock band Queen. Digressing from the progressive themes featured on their first two albums, the album featured more pop-centric and conventional rock tracks and marked a step towards the classic Queen sound. The album peaked at No. 2 in the UK Albums Chart and was the first Queen album to hit the US top 20. Retrospectively, it has been listed by multiple publications as one of the band's best works and has been deemed an essential glam rock album. The album's iconic cover art is now available as a 500 piece jigsaw puzzle printed on high quality board. 500 pieces Weight: 490g Jigsaw size: 41cm x 41cm Box size: 30.9cm x 30.9cm x 2.8cm