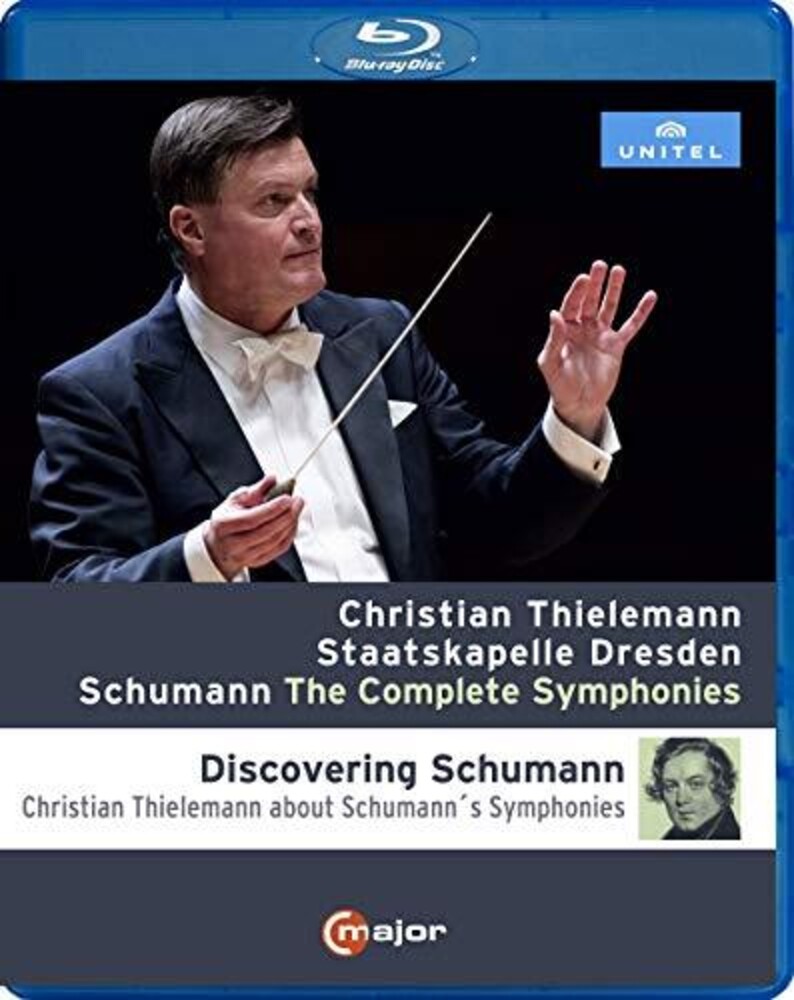 Star conductor Christian Thielemann and the Staatskapelle Dresden present a brand new recording of all four symphonies of Robert Schumann, who lived in Dresden from 1844 to 1850 and wrote his second symphony there. His symphonies are considered masterpieces amongst German romantic symphonic works. This cycle, which was recorded live at the Suntory Hall in Tokyo, receiving great critical acclaim, is a new milestone in Schumann interpretation. "The Staatskapelle's sumptuous playing is hard to fault..." (The Guardian) A bonus on this release is "Discovering Schumann," which features Christian Thielemann talking about Schumann's Symphonies and his interpretations.