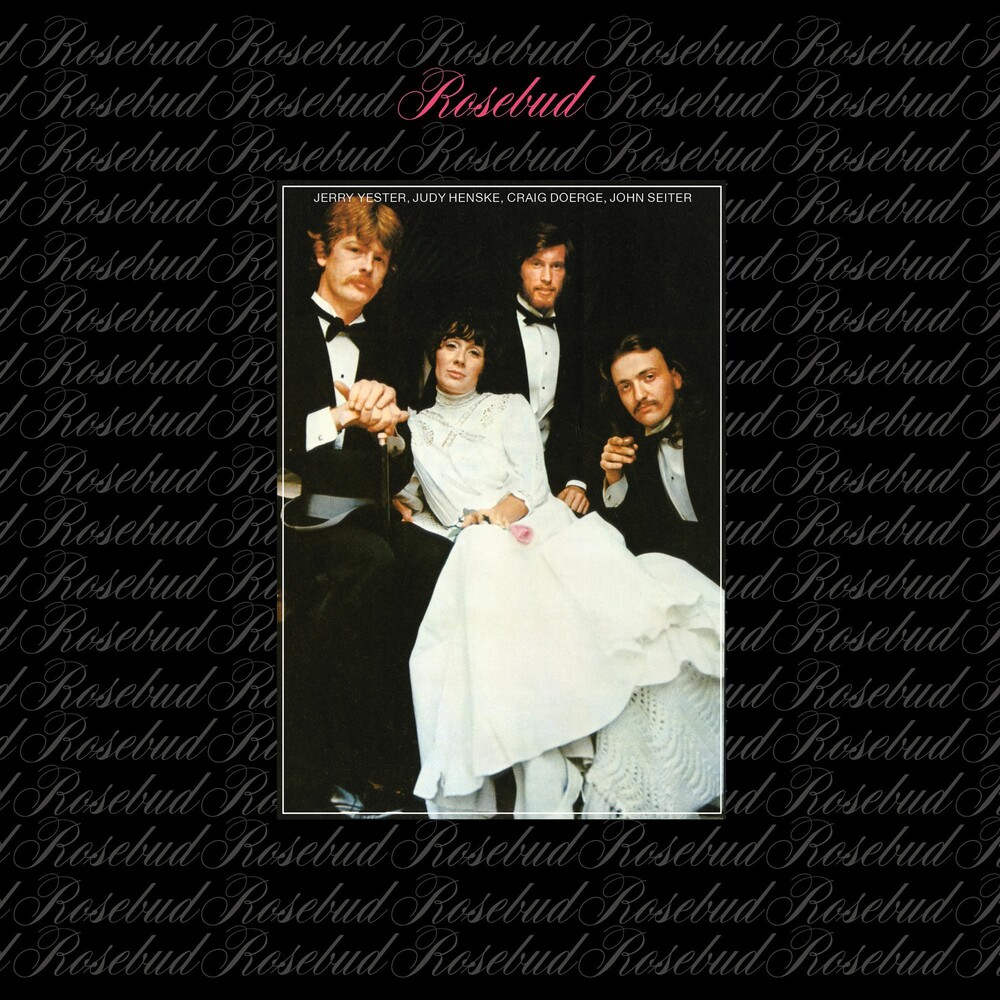 The iconic 1971 release – expanded with 10 bonus tracks! When Judy Henske and Jerry Yester’s (now revered) Farewell Aldebaran sadly disappeared into legend, they decided to take a different approach for their next release—becoming a “band.” Adding songwriter and multi-instrumentalist Craig Doerge (pronounced “Durgee”) and John Seiter (known for his work with Spanky & Our Gang and The Turtles), Rosebud was born. After recording was done and the album “finished”—the band added Bassist David Vaught. Additional songs were laid down, and others removed in lieu of the new material. Finally, in 1971—Rosebud the album appeared. In his liner notes, Barry Alfonso (acclaimed author and songwriter) says “French choral numbers, gospel rockers, nostalgic ballads, angelic lullabies—it sounds like the contents of a greatest hits collection. In fact, the above tracks are all found on the sole album by Rosebud, an L.A.-based quintet that barely lasted a year." Rosebud, is indeed, all of that and much more. While inching Henske & Yester closer to the mainstream, Rosebud is just as daring as Aldebaran, as its songs have the same studio sophistication, hook-laden material, and wit. To make this reissue even more special, 10 bonus tracks have been added, 7 of which are previously unissued. The packaging contains photos and ephemera, tracing the changing history in the making of the album, as well as new interviews with Henske, Yester and Doerge in Alfonso’s essay. Produced for release by Grammy®-winning Producer Cheryl Pawelski, and new mastering and restoration by Michael Graves (who also has won a few Grammys® himself), Rosebud is ready to take the uninitiated on a journey, and adds nearly another album’s worth of rare singles and unheard tracks for those who loved the original. Named after the sled in Orson Welles’ iconic Citizen Kane, Rosebud is a secret no more.