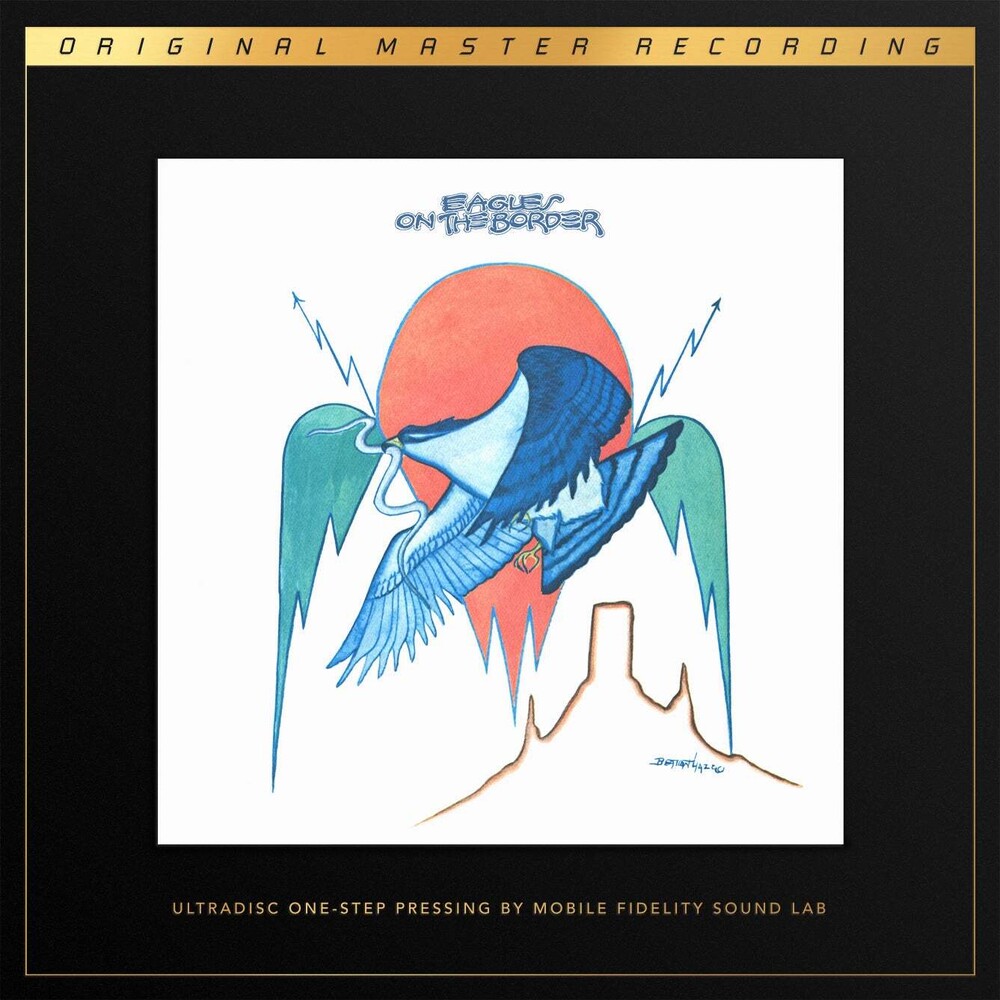 MASTERED FROM THE ORIGINAL ANALOG MASTER TAPES, PRESSED AT RTI ON MOFI SUPERVINYL, AND LIMITED TO 10,000 NUMBERED COPIESWith it's name indicative of the music's boundary-testing diversity and Southwestern inspiration, On the Border finds The Eagles leaving everything on the table and embracing a harder edge that takes the band out of more relaxed territory and establishes it as a group that knows how - and wants - to rock. Glenn Frey, Don Henley, new member Don Felder, and company immediately announce their intent on the defiant album-opening hit 'Already Gone' and never look back, crafting a gem of a record that from start to finish is arguably their most consistent and balanced effort.Limited to 10,000 numbered copies, pressed on dead-quiet MoFi SuperVinyl at RTI, and mastered from the original analog master tapes, Mobile Fidelity's ultra-hi-fi UltraDisc One-Step 180g 45RPM 2LP collector's edition pays tribute to the record's significance and enhances the experience for generations to come. Playing with reference sonics that elevate an effort revered by audiophiles, it provides a lively, dynamic, transparent, and intimate view of a release whose contemporary importance continues to grow. The opportunity to zero in on the particulars of The Eagles' golden harmonies, distinct vocal timbres, and cohesive interplay has never been better.Visually, the premium packaging and gorgeous presentation of the UD1S On the Border pressing befit it's select status. Housed in a deluxe box, it features special foil-stamped jackets and faithful-to-the-original graphics that illuminate the splendor of the recording. No expense has been spared. From every angle, this UD1S reissue exists as a curatorial artifact meant to be preserved, touched, and examined. It is made for discerning listeners that prize sound quality and production, and who desire to fully immerse themselves in the art - and everything involved with the album, from the iconic Navajo cover painting to the meticulous finishes.And with On the Border, there's plenty to take in and soak up. Declared by famed critic Robert Christgau as '[The Eagles'] best album,' the 1974 set claims a rich backstory. Initially recorded amid tumultuous sessions with producer Glyn Johns in London shortly after the release of the group's sophomore Desperado set, On the Border took a new turn after the band elected to scrap most of the prior work, return to it's native California, and team with producer Bill Szymczyk to give the material less of a smooth, polished sheen and more toughness. Szymczyk also afforded The Eagles more input and freedom in the arrangements, and suggested adding another guitarist to play on 'Good Day in Hell.' Felder got the call, and so won over The Eagles with his skills, he quickly became the fifth member of the band.
This website uses cookies to personalize content and analyse traffic in order to offer you a better experience.
I accept Learn More
back to top