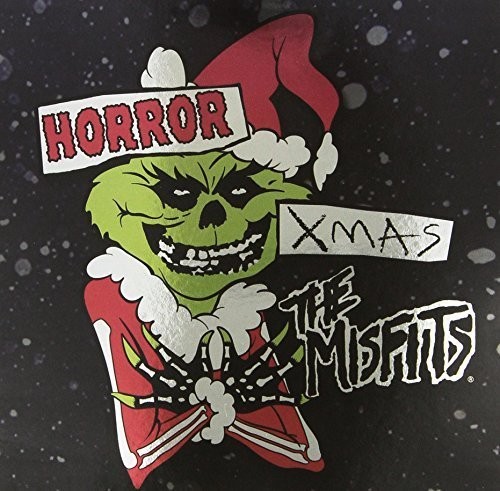 Track one unwraps a fiendish cover of the Dr. Seuss classic, 'You're a mean one, Mr. Grinch'. True to the original, yet fueled by the band's signature sound, Jerry Only's ominously melodic baritone lead vocals, and guest backing vox by John Cafiero (Osaka Popstar), the 'fits slap devilocks on every Who down in Whoville...

An infectious all-new original Misfits Xmas themed song (written by founding member Jerry Only) entitled 'Island of Misfit Toys' debuts, and the band's long anticipated rendition of 'Blue Christmas' surfaces in a full studio version that would even make 'the King' himself snarl with holiday cheer. The Misfits serve up a nightmare before Xmas destined to become an annual tradition.

Look for the Misfits recording of 'Blue Christmas' in the feature-length documentary 'I Am Santa Claus' starring WWE Hall of Famer Mick Foley in theaters, VOD and Blu-ray/DVD from Morgan Spurlock Presents via Virgil Films starting in November.

Vinyl includes 'You re a Mean one Mr. Grinch' on Side-A with a 50/50 chance at randomly inserted 'Island of Misfit Toys' or 'Blue Christmas' blind assortment variant B-Side!

Compact Disc edition of the EP includes all tracks on one disc.