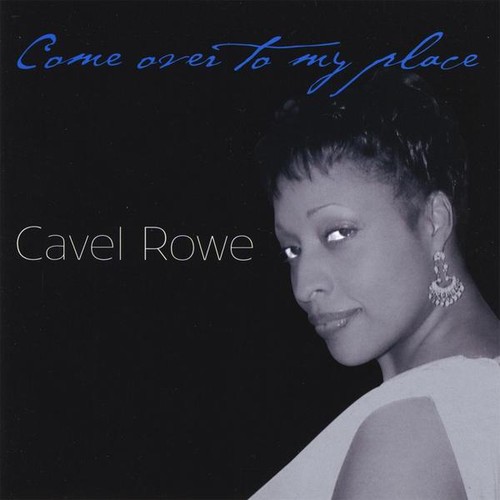 Come Over to My Place
Artist: Cavel Rowe
Format: CD
New: Not in stock
Wish

Cavel has been fascinating her audience from the tender age of five with this unique voice that she alone seems to posess. Her first onset spectators were her community and church members in her native home town,Spanish Town, Jamaica. Cavel who now resides in Canada is a professional hairstylist and makeup artist who is determined to put her name beside some of her greatest mentors such as Whitney Houston, Gladys Knight and Anita Baker on the world stage of accomplished singers. She has decided to utilize her talent as a singer,and take it to another level. That means not just for performances at weddings and private parties but to concert halls and international airwaves. Producer/Arranger Bob E Ruglass encouraged Cavel to take vocal lessons after he noticed her unique voice during a performance at a fashion show in Toronto, Canada, August of 2000. One year later Ruglass was inspired by her devotion and the development of her talent, that he hooked up with her to co-write a few songs. Three of these songs were submitted to Factor Demo Awards in which their efforts were rewarded with a grant. Cavels charismatic nature,attractive look and charm gives her an advantage over her competitors,and as Bob Ruglass told her, \'That's not all. It\'s very hard work which involves numerous sacrifices over a long period of time, if you wanna be one of the best. You have to put your mind, heart,body and soul into it, plus you have to spend a lot of time practising the craft. Most important of all you have to believe in yourself.\' Cavel\'s debut CD \'Come Over To My Place\'has finally hit the airwaves.It is an album which shows the diversity of the singer and how much she has evovled since August 2000. So Get ready for the new DIVA of Canadian music. The CD is now avaible in stores. Digital downloads and CD sales on the internet are now availale here at CD BABY. Contact : bob@bobruglass.com.