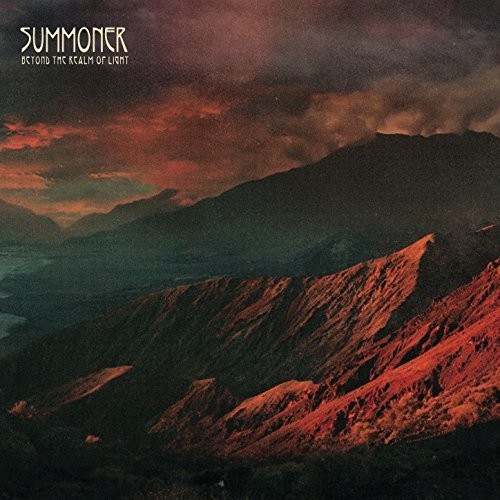 Boston band (formerly Riff Cannon and The Summoner's) bring stoner rock/doom/cosmic psych to the party. Performing at 2017 Psycho Las Vegas. The style on the six songs of Beyond the Realms of Light holds true to the bands mentioned above: at times sludgy with hints of progressive psychedelia, at other times running rousing jaunts through the annals of NWOBHM. The title track is a slow burner of a sludge tune, grinding to a halt after nearly eight minutes of thick riffs mixed with enough changeups to keep it interesting, while "The Emptiness" is a fist-pumping anthem that again harkens back to the glory days of melodic guitar work. These two possibly disparate styles actually work well together, although this could be in part due to the fact that Summoner have wisely kept Beyond the Realm of Light to a svelte 34 minutes. Written-By, Performer [Performed By], Producer [Produced By] - Summoner