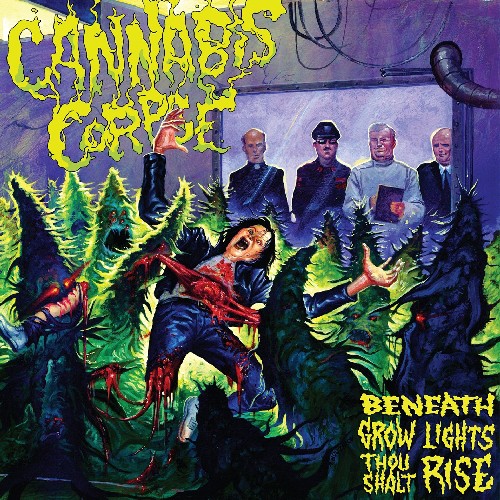 2011 release from the satirical Metal band. Following in the tradition laid down by their earlier releases, each song on the record is inspired by a classic Death Metal track - this time around, Morbid Angel and Deicide are getting the Cannabis treatment!. Cannabis Corpse are not a joke band. Sure, they'll fire up a bowl and chug a beer, but then they'll rip your face off with a brutal old-school Death Metal assault, the likes of which haven't been seen since the seeds of the genre first began to grow.
back to top