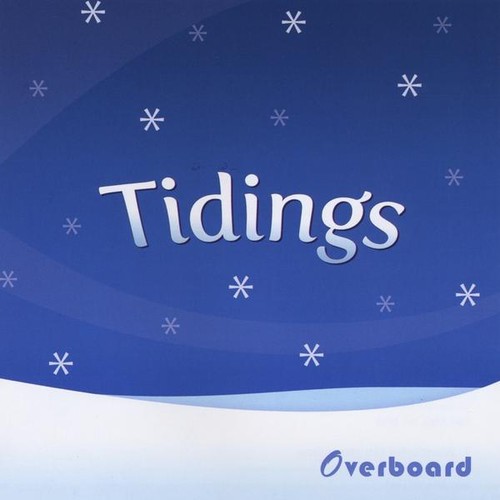 Founded in the spring of 2006 by current director Nicholas Girard, Overboard is a male a cappella group from Boston, MA. Although Overboard's repertoire consists primarily of contemporary pop/rock songs, including covers from such artists as Rascall Flatts, Stevie Wonder and The Beatles, the group remains true to it's a cappella roots and continues to perform classic selections such as 'Blue Moon,' 'In The Still of the Night' and 'Stand By Me.' First conceived as a street performance group intent on entertaining audiences around coastal New England during the summer months, Overboard has come a long way in a short time. The group's first album, Shipwrecked, was recorded in Nick's living room and was released during that first summer. Shipwrecked was distributed during frequent busking stops in Newburyport, Massachusetts, Freeport, Maine and Burlington, Vermont, as well as around the group's hometown of Boston. On the heels of that successful first season, Overboard decided to continue performing together on a more permanent basis. In February 2007, the group began recording it's second album, Stranded, which was released that May. To promote Stranded, the group toured throughout New England, performing at a variety of private, corporate and community events. In June 2007, Overboard appeared at Eggstock, an annual environmental awareness festival held at Flamig Farm in Simsbury, Connecticut, where they sang The Beatles' classic 'Here Comes the Sun,' to commemorate the unveiling of the state's first commercial Solar Photovoltaic System. In July, they sang at a number of schools and summer camps throughout the region, including at American Idol Camp, a performing arts camp organized by the producers of the popular TV show. Overboard's strong musicianship, energetic set and enthusiastic attitudes have made the group a popular act for audiences of all ages. The winter of 2007 brought the group even greater success when the boys were selected as a top five finalist in the Boyz II Men/CBS Early Show A Cappella Quest competition. Heartened by the positive critiques they received from the members of Boyz II Men, Overboard followed up it's CBS success with a third place finish at the 2008 Boston Regional Harmony Sweepstakes A Cappella Festival. Never one to rest on it's laurels, the group decided it was time to record again and Castaways was born. Recorded Memorial Day Weekend 2008 in response to countless fan requests for an album of their street performing standards, Overboard's collection of fan favorites was intended as a thank you to fans' unflagging dedication and support. By August 2008, Overboard shifted it's focus from summer to winter and began arranging songs for the group's fourth album, Tidings. Recorded Labor Day Weekend 2008, Tidings is a holiday album with something for everyone, full of classic carols and contemporary hits. The group promoted Tidings throughout the holiday season at malls, bookstores and schools to enthusiastic audiences and record sales. In April 2009, Tidings received a Contemporary A Cappella Recording Award (CARA) nomination for 'Best Holiday Album' and, a track from the album, a dance remix of 'We Three Kings,' won the award for 'Best Holiday Song.' By the spring of 2009, it was time for the guys to return to the studio. Following the success of Tidings, Overboard began work on it's biggest project to date in May 2009 with the birth of their fifth album, Help! Inspired by the scheduled release of the newly remastered Beatles repertoire and Harmonix's Beatles Rock Band, Help! Was envisioned as a concept album/rock opera in a similar vein to Pink Floyd's The Wall and The Who's Tommy. Through twenty-three original arrangements, Help! Contains Overboard's reinterpretations of over forty Beatles songs and sounds. Like many concept albums, Help! ^#^is intentionally vague, but close listeners will not miss the story of the album's stars, Billy Shears and Eleanor Rigby. Overboard debuted tracks from Help! ^#^at the 2009 Las Vegas A Cappella Summit to resounding enthusiasm and the group intends to perform the album in it's entirety, beginning in the spring of 2010. Help! ^#^is scheduled for release on November 23, 2009. Inspired by Radiohead's digital release of their 2007 album In Rainbows, Overboard has decided to make digital downloads available free to fans from November 23 - December 23, 2009.
This website uses cookies to personalize content and analyse traffic in order to offer you a better experience.
I accept Learn More
back to top