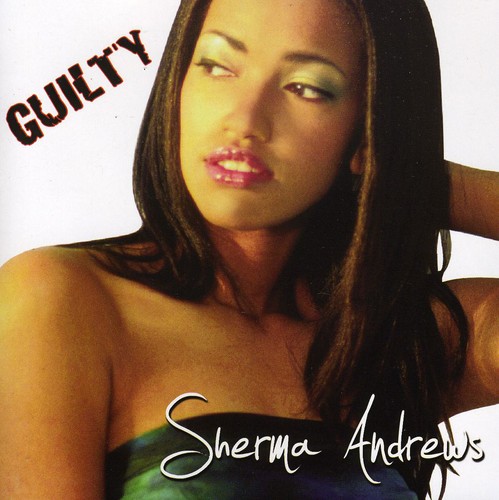 Sherma Andrews What an amazing talent. This beautiful and gifted young singer songwriter is a force beyond your imagination. She captivates many with her amazing stage presence and with a voice so pleasing to the ear; no one can deny the attention she deserves. At the Bergen Performance Arts Center in Englewood NJ, Sherma opened for recording artists for Michael Feinstein and Michael McDonald. The audience was mesmerized and could not wait to see her again. While touring with the Grammy Award Winning Latin sensation Enrique Iglesias, Sherma dazzled fans all over the U.S., South America and Europe as she stood in for Whitney Houston singing their duet "Could I have This Kiss Forever" which peaked Billboards Hot 100 and Dance Charts. It turned out that Iglesias told his audience that he had good news and bad news. "The bad news was that Whitney [Houston] couldn't be here to perform this next song," Iglesias said, "the good news, is that I have someone just as great..." By the time Sherma was done with her performance, the crowd was stunned! Sherma had captured the emotion of the song and executed it with a style and brilliance that connected with the audience. Her new fans later mobbed her for her CD! From the sands of the exotic Caribbean Islands of Trinidad, Sherma Andrews was born. The youngest of a musically gifted family, this child prodigy began playing the accordion at age 4. Her perfect pitch and her ability to play any song after only listening to it once led her to serve as the church organist at age 7. It was no surprise that this youngster was destined for greatness. This gifted young musician would become a positive force in her community. She has always believed in giving and at an early age established herself as a messenger of love through song. Sherma participated in organizations dedicated to helping those that were less fortunate. She and her family would offer a hot meal and song, filling the hearts of the hungry and disheveled with hope and comfort. Sherma's active participation in prestigious song competitions and talent shows won her a stream of national awards. She placed first in the Caribbean Song Festival, establishing her as a formidable songwriter. Sherma was then given a National Merit Scholarship for gifted youth to study at the accredited Berklee College of Music, Boston, MA. Sherma studied with some of the most respected musicians and professors at the prestigious Berklee College of Music. She does TV commercials and industrials. She also models and paints in her spare time. It was not surprising that after graduating with honors and gaining a wealth of experience, the honor student would then be asked to teach at Berklee. During that time, Sherma formed a band that toured through Switzerland and Germany, and was hailed by the German press as, "A true star who has graced us with her presence before she vanishes beyond reach." The tour culminated an appearance at the Montreux Jazz Festival in Switzerland. Sherma also toured with Britney Spears, worked with Ciara, Donna Summer, Branford Marsalis, Omar Hakim, Richard Bona and Chieli Minucci. Musical director of NSYNC and Britney Spears, Kevin Antunes was asked, "What makes Sherma stand out among the others?" Antunes replied, "She has it all! She has an amazing voice, knows how to work the stage, great songwriter, keyboardist, arranger and she's sexy and beautiful! She is someone people can really respect musically." Sherma also had the pleasure of meeting Ricky Minor who was also amazed by her voice and songwriting skills. He believes that her song 'Holding You' is a sure hit! Sherma has appeared on many award shows such as: The American Music Awards, The Billboard Radio Music Awards, The Teen Choice Awards and The Blockbuster Entertainment Awards. She also appeared on TV talk shows like Jay Leno, The Today Show, David Letterman, and many others. Her songs are featured in TV shows such as The Sopranos, All My Children and The Young and the Restless. Sherma Andrews is not just a phenomenal talent; she is an experience to remember.