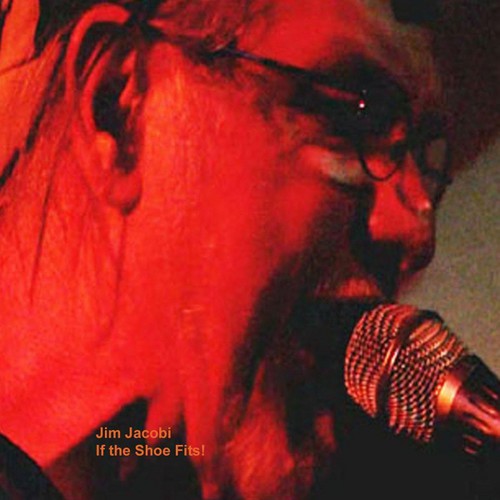 This is Jim Jacobi's 25th release. He began recording in 1977 and is considered a pioneer in garage/punk/D.I.Y. music. This release will be his 35 year anniversary of the release of the 1st L.P. 'Victims of the Media'. Jello Biafra wrote in the Liner notes for the 30 year anniversary liner notes. 'few people I know of have maintained such a dim third-eye view of our mindless rodent- like consumer behavior as JIM JACOBI, best known for his (mostly) punk project, The Crap Detectors. ' If the Shoe fits is as usual, an eclectic assortment of Jacobi's wide variety of musical experiences described as 'it is like walking from one different room to another.' These are not just a group of individual songs but an inter connected thesis of mainly rock based material. Jim Jacobi has remained true to his mission of serving up independent garage music for 36 years. His biting sarcasm and witty lyrics that cut to the bone complement his chunky, meaty guitar licks to perfection. He is a voice in independent American music being an outsider looking in, reinventing himself several times. Jim Jacobi began recording in 1977 and released what has been known as one of the first DIY (Do It Yourself) records, called Victims of the Media in 1978. This recording was picked up by Dead Kennedy's lead singer, Jello Biafra, who said in a letter to Jacobi; his record label Alternative Tentacles was "an antidote to the tentacles on the (Victims L.P.) cover"-. Jacobi played all musical instruments on first L.P. and 1st 45 (1979) with the help of a drummer. He called this non-band Crap Detectors and soon had many incarnations in Lincoln, NE, Dallas, TX and Seattle, WA. In 1998, he returned to Nebraska and called the next bands the Joe Jakimbi Band and Jojakimbi Band as a phonetic anagram for Jim Jacobi. (Given to him by Charlie Burton in the early 80's) The songs were of a more personal nature opposed to the political/social/absurdist style of Crap Detectors with music that was a departure from the 1st 20 years. Then he returned to his roots to record solo work, experimenting with different musical styles and re-adapting a more political/social stance. In 2008 Crap Detectors are back. Jacobi has opened for Wayne Kramer (MC5), the Street Walk'n Cheetahs and has done gigs with a variety of Seattle, Texas and Nebraska bands. He has played festivals with Reverend Horton Heat and The New Bohemians. He has been described as "One of rocks great underrated heroes." (babysue LMNOP reviews- December 2003) "Jacobi is an 'old dog' that can teach YOU a thing or two" (Mark Lush midwestbands.com 2005), " Lo Fi garage roots music never died, it just got a bigger garage" (J Wallace Indie Music.com 2005) "The music is fun, gritty with a true sense of humor"( 12/2010 Ginger coyote, Punk globe) and "This underground Icon has been at it this long." (Babysue Jan, 2011). His genre was named CHUNKARUNKUS in mid 1990's by University of Washington students. It is a modernization of Roadhouse music incorporating ska, metal, punk and grunge into the blues, jazz, rock a billy and garage rock of roadhouse. He is a general practitioner in a world of specialists and has never considered working for a major record label. (He considered that "Selling Out")
This website uses cookies to personalize content and analyse traffic in order to offer you a better experience.
I accept Learn More
back to top