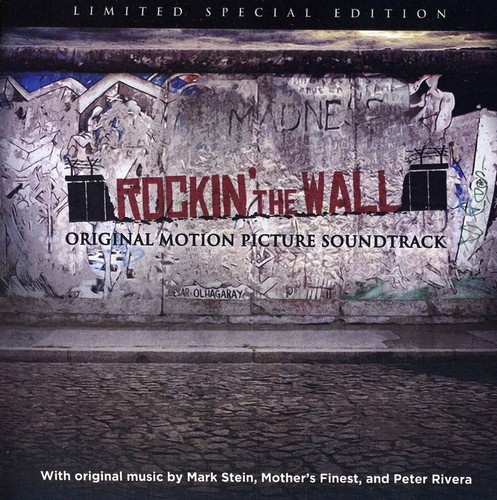 ROCKIN' THE WALL . . . when music changed the world! While the superpowers were confronting each other with missiles and tanks, a much different conflict was occurring hidden in plain sight. Rock and roll---western music---was penetrating the Iron Curtain, changing hearts and minds, inspiring resistance, offering hope. Rock was itself a subversive art form, almost always including the solo---the essence of individuality. But the lyrics, as well, insisted that "people got to be free." The official motion picture soundtrack for "Rockin' the Wall" includes more than a dozen original or newly performed songs, featuring powerful re-makes of '60s and '70s classics "Ball of Confusion," "People Got to be Free," and "Train Kept a' Rollin,'" as well as original songs by Mark Stein of Vanilla Fudge, Peter Rivera, and Mother's Finest, as well as all songs performed in the film. When the Wall came down, that giant power chord emanating from western guitars loosened the foundations!
back to top