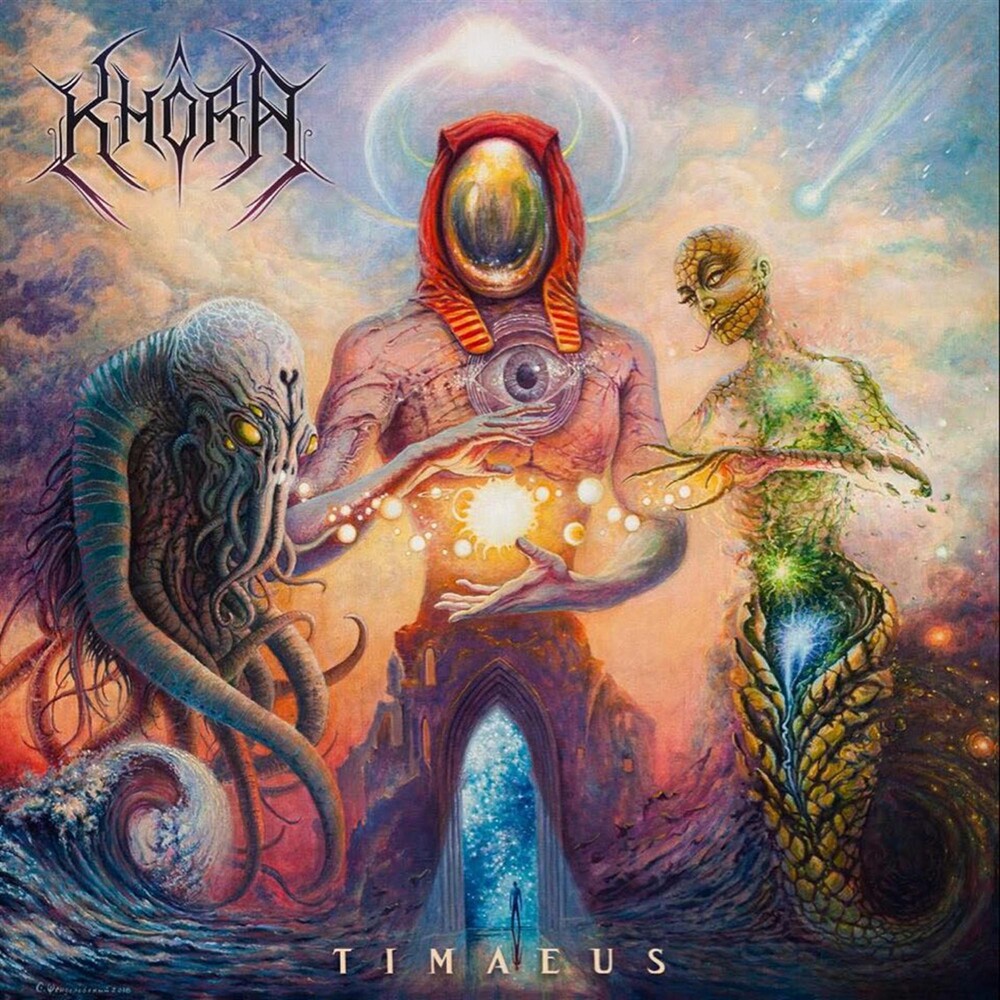 Vinyl LP pressing. 2020 release. Soulseller Records proudly presents the debut full-length release Khôra, entitled Timaeus. Started as a one-man project by mainman Oleg in 2012-2013, Khôra strives to manifest the limits of extreme metal and produce both ethereal and ferocious tunes. After the first demo in 2016, Kranos joined on vocals and Lars joined on bass, both helping shape the core line-up. Featuring amazing artwork by Sergey Shenderovsky and guest contributions by Vicotnik (Dodheimsgard), Henri Sorvali (Finntroll), A. Simonen (And Oceans) and many others, Timaeus is a carefully-crafted album which consists of black metal to death metal to symphonic and progressive elements. It was recorded between 2017 and 2019 and follows the theme of the creation of the universe by three omnipotent entities, loosely based on Plato's dialogue of the same name.