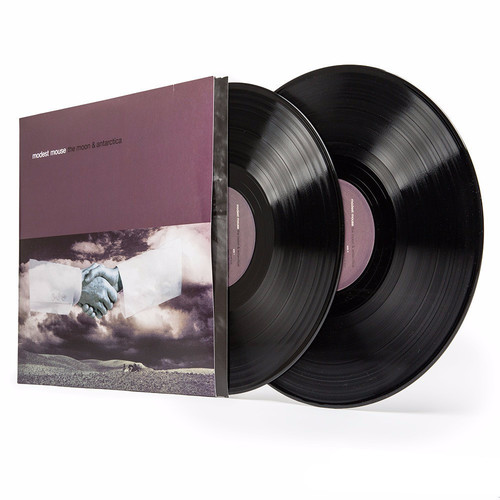 The Moon & Antarctica is the third full-length album by American rock band Modest Mouse, first released by Epic Records on June 13, 2000. The album was the band's first release on a major label and was released on both compact disc and vinyl LP. It has since been reissued twice on CD and once on vinyl. The album peaked at number 120 on the U.S. Billboard 200 albums chart. The album was praised by critics and fans alike for it's in-depth discussion of dense subject matter, as well as front man Isaac Brock's clever and introspective lyrics. The album was also hailed for being an expansion of the band's unique sound. This was due both to the band's new major label tools as well as the production of Brian Deck. The title of the album is taken from the opening scene of Blade Runner, where the main character is reading a newspaper, headlined: "Farming the Oceans, the Moon and Antarctica."