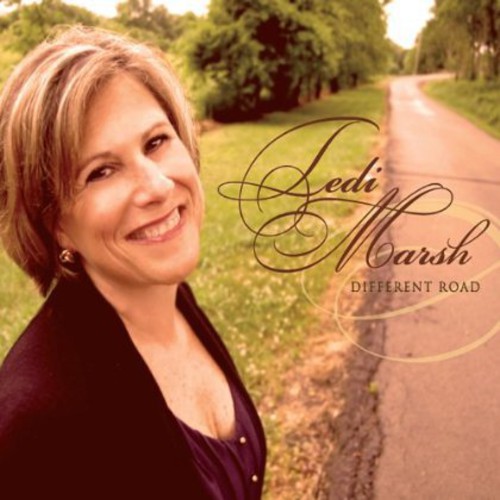 DIFFERENT ROAD is a set of seven original tunes and styles spanning thirty-one years. The title song was inspired by a road trip from Cape Cod to Nashville. 'Moca's Song' was written while watching the zebras on the plain of the Okavango Delta and originally sung around an evening campfire. 'SuperStar Love' was written in 1982 while performing for DisneyWorld. 'Hope was written for brother in law who was recovering from a lung transplant. 'With me Again' was a tribute to Tedi's Mom and title song of her first CD. Written in Chile, South America it is poignant for anyone who has lost someone special they love. 'Sing you to Sleep' was inspired by Alice Silva, Tedi's Mother in law while Tedi was performing in off Broadway show under the direction of Tom D'Angora and Michael Duling. 'Best of You' was written by Tedi's Nashville daughter: Isabeau Miller, who is a prolific songwriter and performer. DIFFERENT ROAD is a metaphor for all of us. We are offered many paths in life-pick it! As I made music with these outstanding thirteen men and daughter, I knew I was on the right road. My gratitude is sincere and abundant for all who travel down this DIFFERENT ROAD with me.