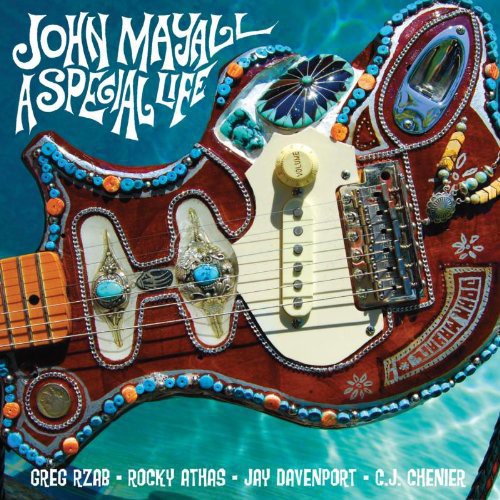 As 2013 came to a close and with his 80th birthday mere weeks away, the godfather of British blues quietly entered a North Hollywood Studio with his band, special guest C.J. Chenier and co-producer/engineer Eric Corne. He walked out with one of the finest and most personal records of his career, A Special Life.

personality. Along with his accomplished band, he goes back to his roots with an eclectic album

centered in the blues but with diversions into rock and Americana. There are three new songs penned by John and one from band members Greg Rzab and Rocky Athas, as well as blues favorites from some of the greats, including Albert King and Jimmy Rogers. C.J. Chenier came to join the party on a couple of tracks (including one written by his father), adding an exciting extra dimension with his vocals and accordion.

Slated for a May 13th release via Forty Below Records, this is John's first studio album in five years, a span during which the band's chemistry has grown tremendously. It is an instant classic and a must have for any blues/roots music enthusiast!