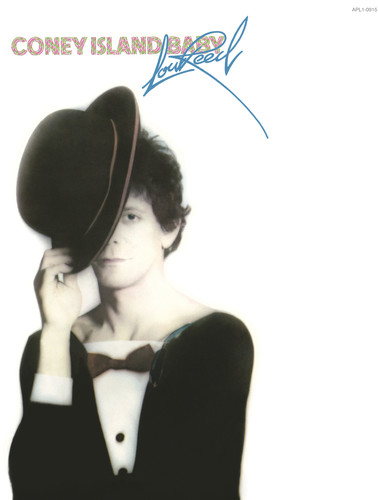 Vinyl LP pressing. Digitally remastered edition of this 1975 release. Coney Island Baby is a 1976 album by Lou Reed, released in January by RCA Records. It is also the title of a song on that album. Many of the album's songs were inspired by Reed's girlfriend and muse at the time, Rachel. According to Aidan Levy, Coney Island Baby was "as much a love letter to Rachel as it was to the nostalgic Coney Island of the mind." The album's title track directly references Rachel with the line: "I'd like to send this one out to Lou and Rachel, and all the kids at P.S. one ninety-two." It was originally presented as a poem entitled "The Coach and Glory of Love" in The Harvard Advocate: Journal of Fiction and Poetry in 1971. The album includes the song "She's My Best Friend", a version of which was originally recorded by Reed's band the Velvet Underground in 1969, and eventually released on the 1985 compilation album VU.