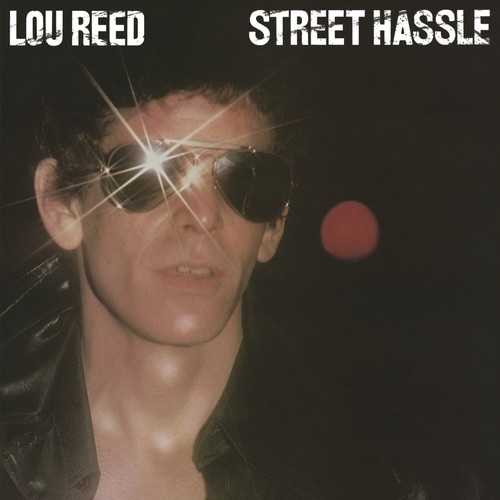 Vinyl LP pressing. Digitally remastered edition of this 1978 release. Street Hassle is the eighth studio album by Lou Reed, released in February 1978 by Arista Records. Richard Robinson and Reed produced the album. It is the first commercially released pop album to employ binaural recording technology. Street Hassle combines live concert tapes (with overdubs) and studio recordings. All of the songs on Street Hassle were written by Reed, including "Real Good Time Together", a track that dates back to his days as a member of the Velvet Underground. The studio tracks on Street Hassle were recorded in New York City, while the live recordings were made in Munich and Ludwigshafen, West Germany. Unlike most live albums, the audience is completely muted from the mix during the concert recordings.