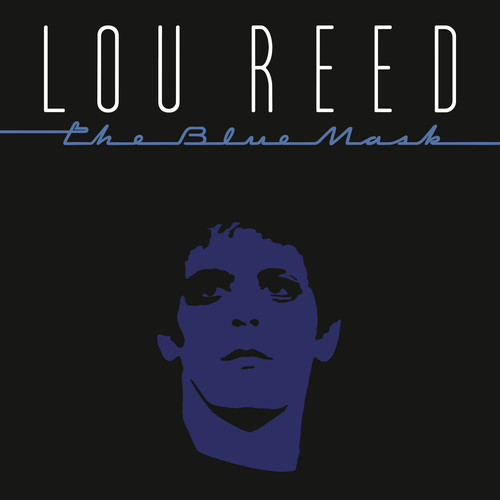 Vinyl LP pressing. Digitally remastered edition of this 1982 release. The Blue Mask is the eleventh studio album by Lou Reed. It was the first album released after Reed left Arista Records and returned to RCA Records. The album was released near Reed's 40th birthday, and covers topics of marriage and settling down, alongside themes of violence, paranoia, and alcoholism. Reed and Robert Quine's guitars were mixed separately in the right and left stereo channels respectively. To differentiate his guitar's sound from Reed's, Quine used D tuning, playing each song as if it was one major second lower. Quine, who years earlier followed the Velvet Underground across the country and taped several of their early shows (they were later released as Bootleg Series Volume 1: The Quine Tapes), was a perfect complement to Reed. Longtime Reed collaborator Fernando Saunders plays the bass and adds backing vocals (most noticeably, a falsetto refrain in the outro to "Heavenly Arms") to this album. The drummer for the album was the studio ace Doane Perry who later joined Jethro Tull.