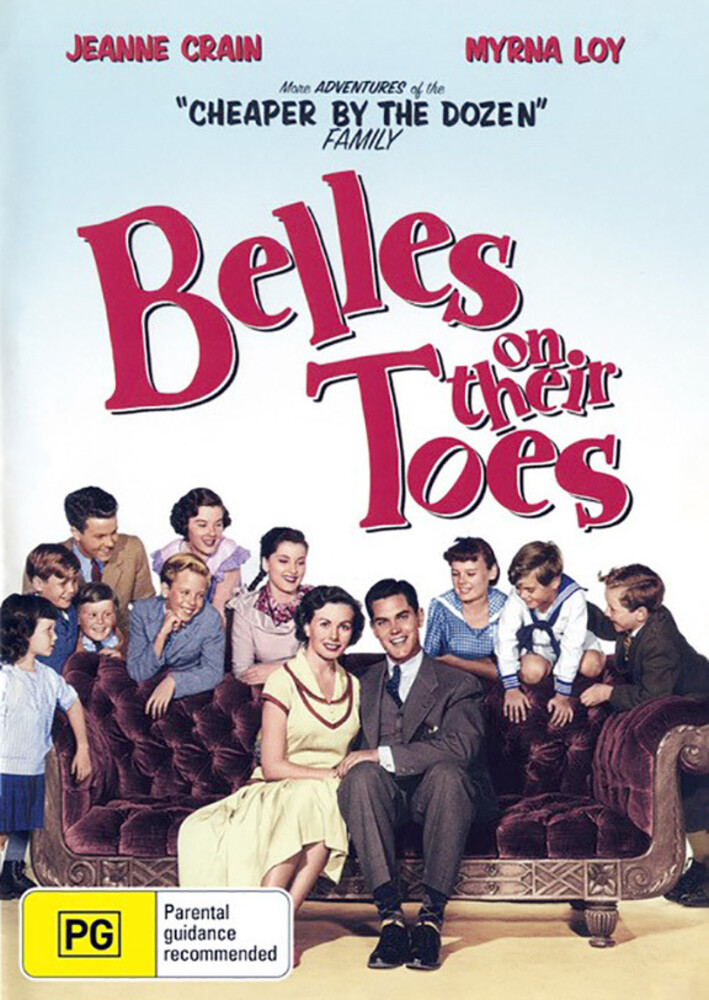 Belles On Their Toes / (Aus Ntr0)
Artist: Belles on Their Toes
Format: DVD
New: Not in stock
Wish

The Gilbreth family is back in this sequel to 1950's CHEAPER BY THE DOZEN, picking up where the original left off with the death of the patriarch Frank Gilbreth (Clifton Webb). Myrna Loy reprises her role as the sturdy Lillian Gilbreth, mother of twelve children; faced with supporting her brood by herself, she puts her engineering qualifications to use, albeit with some sexist misgivings on the part of her employers. Eventually she wins out, however, and in the meantime her daughters are growing up, creating a whole new slew of comic situations. A memorable performance is delivered by Jeanne Crain as the about-to-be-wed Ann, while some hilarious misadventure ensues when the younger Gilbreth kids decide to take charge of their older siblings' dating prospects!
back to top